Some Things You Just Don't Forget 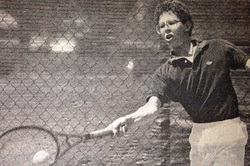 For me, the thing that gets lost the most is the fear.


I'm not saying it isn't mentioned, because it is. Just as a throwaway, somewhere in the middle, as part of a list, a quick reason as to why, and then quickly moved off of. But not as a focus, and for me, fear is the key to the whole thing.

Many, many words have been written about Richie Incognito and Jonathan Martin, and many more will before we are all said and done. They talk about locker room dynamics and racism and whether a grown man can be bullied. They ask if Incognito stepped over the line and whether Martin is "tough enough" to play in the NFL. They wonder how the Dolphins players let this go on as long as they did, how the Dolphins coaches and front office could possibly not be aware, and they talk about the supposed friendship between the two men.

They don't talk about the fear.

There's been a million reactions to this story and more are coming every day, but among the questions that start to show up are, "How come he didn't speak up before, how come he left instead of just handling it himself, how come he exchanged all the text messages with Incognito?"

The first memory I have of getting bullied was in grade school. I was a small kid and in order to sit down to eat lunch, I had to "pay" with my dessert. Whatever dessert my mom had packed for lunch, that was my "fee," no matter where I tried to sit.

[+] EnlargeCourtesy of Matthew BerryFrizzy hair, big glasses, playing a sport you compete in by yourself. Hard to believe I wasn't prom king.


I moved around a lot as a kid. Starting with the city I was born in, I had lived in five different cities by the time I hit 13, including two cities in Virginia (that's where my Washington fandom comes from) and winding up in Texas at age 12. Texas was the worst for this sort of thing. Having moved around a lot, I was always the new kid. Socially awkward to begin with (still am!), the constant moving didn't help develop those skills any. Add in big, frizzy hair and thick glasses and it's no wonder I had trouble fitting in. Or why I tried so hard to fit in, which of course only made it worse.

A sensitive, Jewish kid in a smallish Texas town didn't play well in the '80s, and my classmates let me know it. Constantly. While walking in hallways to class, I'd subtly get pushed into lockers. I remember one time after tennis practice, a group of us went to go get drinks at a convenience store. We all piled into one kid's car. We got out, I walked in first, when all of sudden they all turned, jumped back into the car and left me. This was obviously before the days of cell phones or anything. That was a long, two-mile walk back to school, where I found them playing hoops and laughing at me.

There would be cruel nicknames, insults, trashing my house with toilet paper and shoe polish, and later, when I was driving and had a used Honda Accord, they'd trash that. Many times I would wake up in the morning or walk out of school to find my car had shoe polish all over it, talking about how ugly I was, mocking my religion, questioning my sexuality or sometimes just plain simple "blank you, blank" type profanity. All over the windows.

This happened at least twice a month for about two years. It wasn't the two hours or so it took to clean and wash the car each time that was the worst. It was the look. The look on my classmates' faces when we walked out to the parking lot and they'd see it. Or worse, the look on my mom's face when we'd run out of the house because we heard a noise in the middle of the night, only to see a car quickly driving away and my car, our driveway and house trashed with notes. I mean, I knew I wasn't popular, but did my parents have to know? Soul-crushing. Humiliating. Heartbreaking.

Death by a thousand cuts. It's not any one incident (though a few stand out to me, even two decades later), but the totality of it all, the seemingly nonstop barrage that comes your way. You feel helpless. It's a group against one. Tell an authority figure and you're a tattletale. They'll just come at you harder and more cleverly disguised. You feel embarrassed. You get jumpy, looking and assuming things are there when they aren't.

You live in fear. That's the fear I'm talking about. The fear no one seems to mention. The fear of repercussion, of making it worse, of what's coming next. Constant, debilitating fear.

You become distrustful, questioning people's motives. Is this just a joke on me? She couldn't really like me, right? Why are they inviting me to this party? Do they want me there or is this some elaborate prank? It permeates your every waking thought and moment. Maybe if I'm super-nice, they'll stop. Or if I play along and pretend it doesn't bother me, they'll stop. You have to do something, because you can't do nothing. You're trapped. You can't quit school, or your job or your professional football team. Right?

His detractors call him soft and say that he "shouldn't have run." I gotta tell you: Doing what Jonathan Martin did took a lot more guts and bravery than just staying.

Because there's always the fear. Not just the fear of retribution, but of what people will think, of looking weak and making yourself a bigger target.


I have that fear. I have it to this day. In fact, I had planned on writing this column last week, when the story first broke. But when it came time to do it ... I was scared. Do I really want to admit to everyone that I was bullied? Doesn't it make me look pathetic? If you've followed my career at all, you know that promoting fantasy sports and the fantasy sports industry is important to me; painting it in a positive light and fighting all the stereotypes that the naysayers have labeled us with over the years. So the fantasy nerd got bullied? Well, that image ain't helping the cause, Berry.

To this day, because of experiences I had as a child and frankly, as an adult, I am more distrustful than I want to be. I worry good things will be taken away or shouldn't be counted on, I am more cautious with people and less quick to let them into my life, and I have a huge issue with anything I perceive as bullying or intentional cruelty, be it in real life or online. It's among the reasons I am quick to block on Twitter. Life's too short to deal with people who feel the need to send out any sort of negativity, especially to someone they've never met.

We are all products of our environment and upbringing. I am, completely. I live with those scars to this day and I honestly don't know what I would do if I ever saw one of those tormenters again. And I bet those people probably don't remember they were tormenters. Most bullies don't. I would bet I'm the only one of that group who even remembers when I was left behind at the store. People are often blissfully unaware that something that seems small to you can in fact be very large to someone else, which is why I also understand why Richie Incognito doesn't understand what the fuss is about.

I usually try to tie my story to fantasy advice, and when I started this, the plan was to use fear as the unifying theme. That we often have fear when setting our lineups as well. What if the bench guy goes off, what if the guy I drop gets picked up, etc., but honestly, I think we're well past that now.

The fear is what holds us back. I wish I hadn't been scared back then. I try like hell not to be now. And I hope everyone reading this fights his or her demons. And is careful not to create any for someone else. 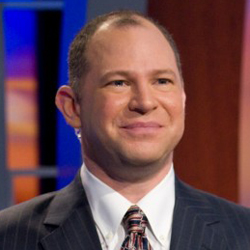